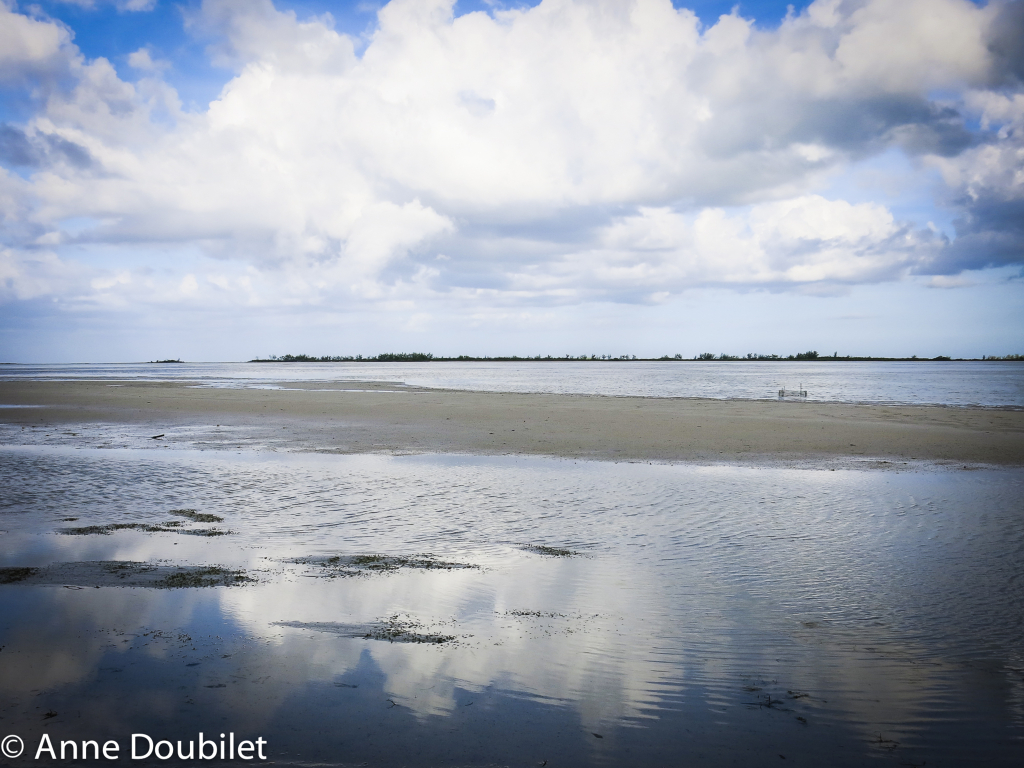 When my life mentor Dr. Genie Clark put together an expedition team to Andros in the Bahamas (see  my Photo Gallery here) to add another chapter to her worldwide garden eels study (started in the 1970s) of course I had to participate. Especially since Small Hope Bay Lodge on Andros is the birthplace of my diving life and the Small Hope Bay family is part of my story.

Rosi told Genie about some garden eel beds just off shore in sandy areas on the reef. In addition to variety of marine life harbored in the sandy back-reef areas, Andros sits on the edge of a continental shelf that drops down to 6,000 feet and forms the 3rd largest barrier reef in the world–after the Great Barrier Reef and Belize. The Blue Hole, “Over the Wall,” and a shark dive off Small Hope offer worldclass dive sites. Starting about 90 feet below the surface, going Over the Wall features different spots at varying depths.

The Ledge at 185 feet used to be a beach before the last ice age and over more recent years has hosted lawn chairs and halloween skeletons to surprise new divers. Swimming out over the Edge of the Wall is a trip into eternal blue as you hover above the vertical wall disappearing down, down, down beneath. Inner space. 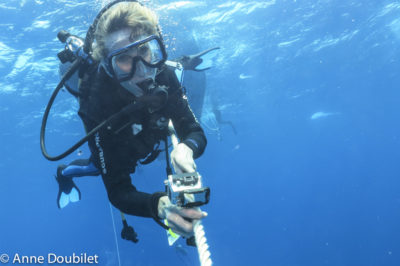 Several years ago I went with Genie and group to Papua New Guinea (see my Photo Galleries here and here) for a  study on Plotosus linneatus or poisonous catfish. After several stories there for National Geographic I was happy to return in 2007 and see the reefs of PNG were as healthy and fish-full as when I first dove there over 30 years ago. The Caribbean reefs including parts of Andros, however, have not fared that well over the years.

Right now 75% of Caribbean coral reefs are under threat; 50% in the Indo Pacific OR ¾ of all worldwide corals reefs are now threatened. By 2050 without significant reduction in CO2 emissions nearly ALL CORAL REEFS WORLDWIDE will be at risk. Due to increased carbon absorption, ocean acidification will be the most important issue facing marine environments in the future. As carbon increases, oceans get warmer and more acidic, preventing reef building corals from building and producing more moisture and more monster storms like Sandy.

Parts of the reefs around Andros are still beautiful with purple sea fans while other parts are carpeted with a green, web algae– Microdictyon marinum. Found throughout the Bahamas and Turks & Caicos starting in the 1980s it was described by Barrett Brooks from the Smithsonian. To my non-scientist eye, though, there seems alot more of it now. Looking like fiberglass it is widespread like some alien life form from outer space.  And with the eerie absence of fish–feels like an underwater ghost town– it’s disorienting–nature out of balance–what planet am I on anyway–is it still Earth? Is it still the Ocean I knew and know? 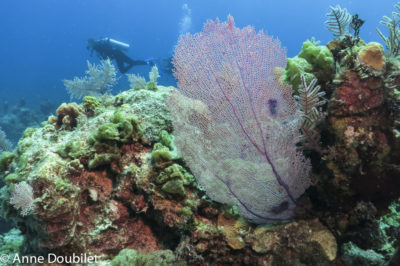 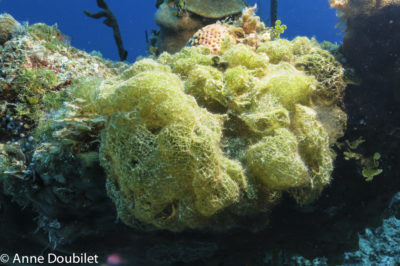 AND WHAT ABOUT THOSE LIONFISH….an invasive species from the Indo Pacific everywhere throughout the Caribbean eating everything in sight, growing big and fat, with no natural predators. I saw more lionfish diving in Belize and the Bahamas during the past 2 years than many years in the Indo Pacific. Again, nature out of balance.

The garden eels of Andros are tiny and very skinny–much smaller than ones seen in the Indo Pacifc–so observation and documentation proved very challenging. We constructed a canvass eel blind near Marion site; grids were laid in the sand at two different colonies–Haulin Tower and Marion–to count eels, map and measure distances between holes of possible mating pairs. However, no mating behaviour was observed. Our diving was land based at the Lodge with boat trips out to the reef several times a day, sometimes at night, sometimes pre-dawn. 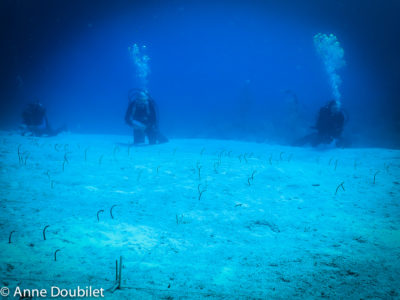 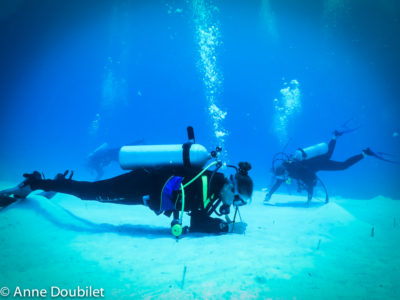 During 10 days of diving I saw only one grouper–not on the reef but on the platform floor of the sunken Haulin Tower. Artificial reefs provide new home turf for many reef fish. One school of yellow grunts–many used to sweep in great numbers along the reefs– flowed back and forth within the metal struts also visited by one big red hind and one long, gleaming trumphet fish, together as if friends! 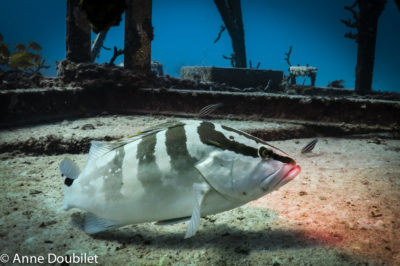 A visit to the wild, remote west-side of Andros–on the other side of the island from Small Hope Bay–was another trip into my past. I was there in 1972 with a photo team from Playboy Magazine (doing a spread on the out islands) and some of the Small Hope family. (In fact the first paycheck I earned was from Playboy !) Covered with mangroves and a thick white clay-like mud rich in calcium carbonate, the place is untouched by time. 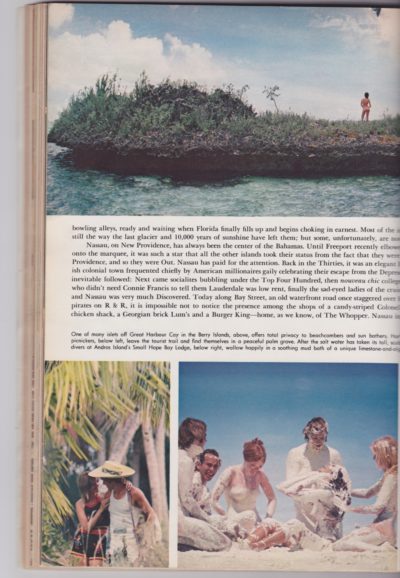 In fact, Andros’ west-side as part of the Grand Bahama Bank has been recognized as a major area for natural carbon sequestration–as important  as the green arboreal forests of North America. Who knew in 1972 that this would be an important issue in 2013?! How the planet is changing during our short lifespan here.