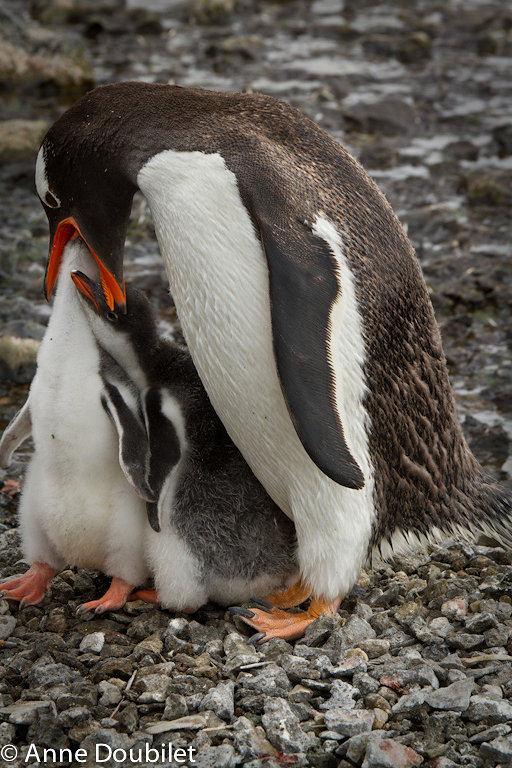 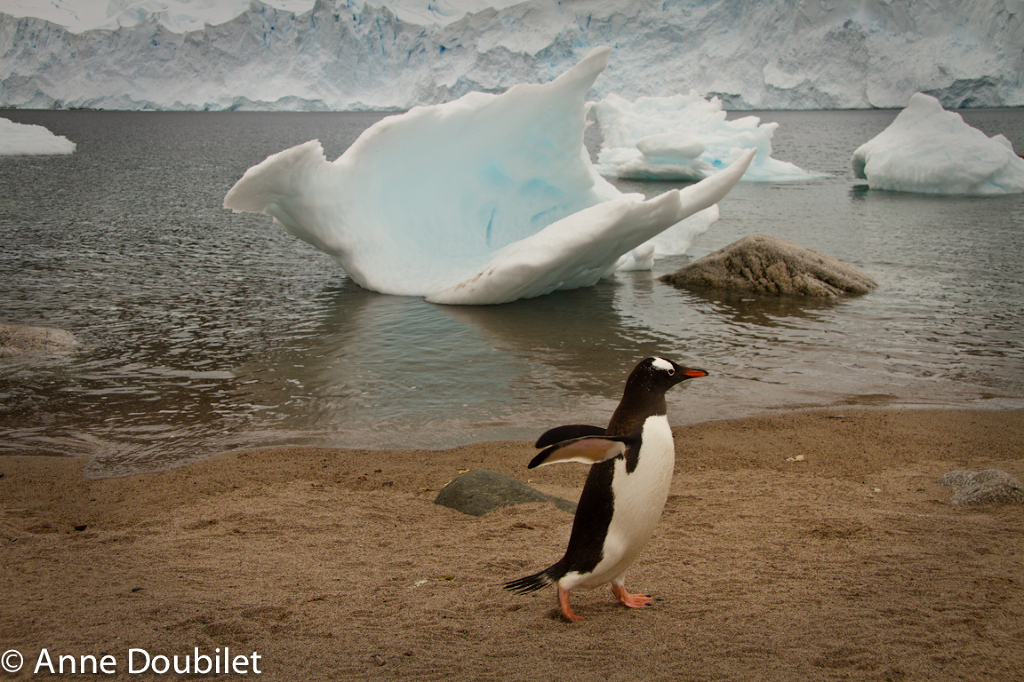 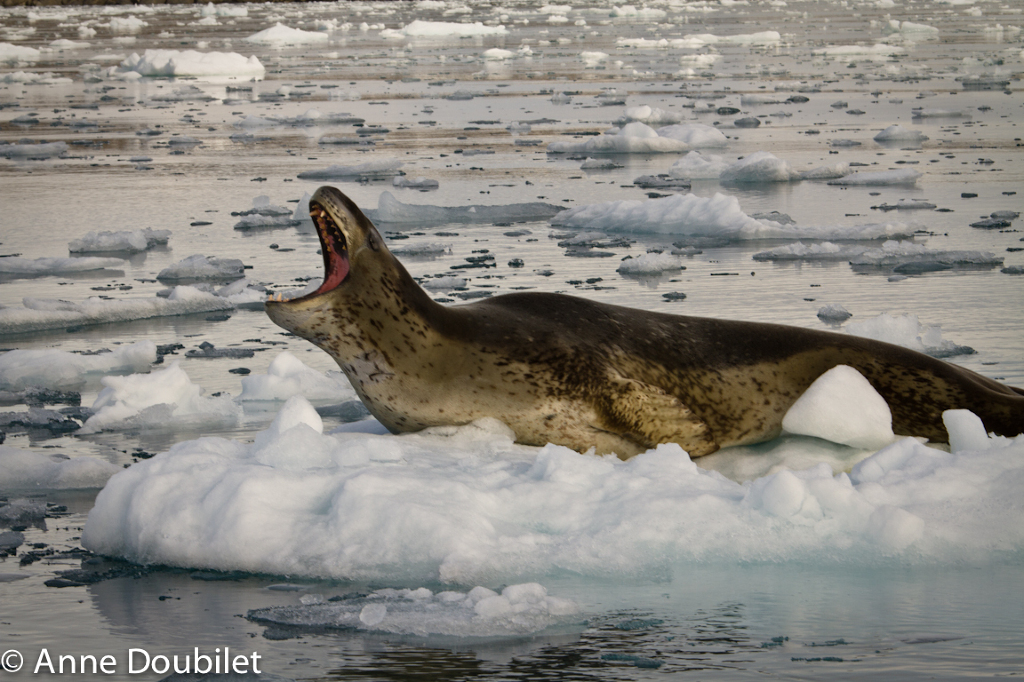 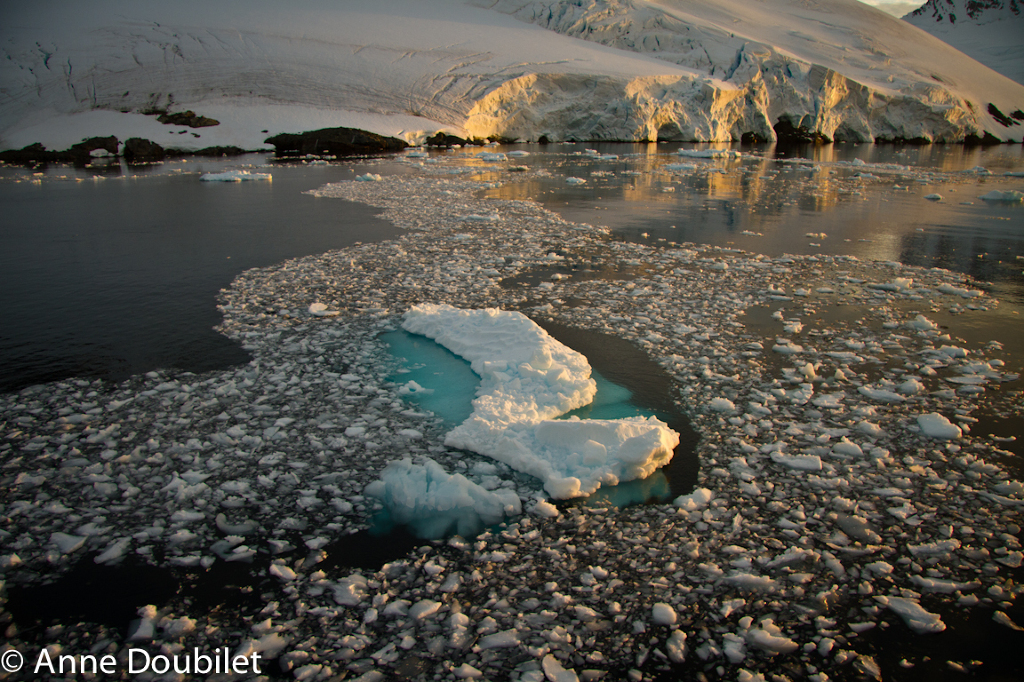 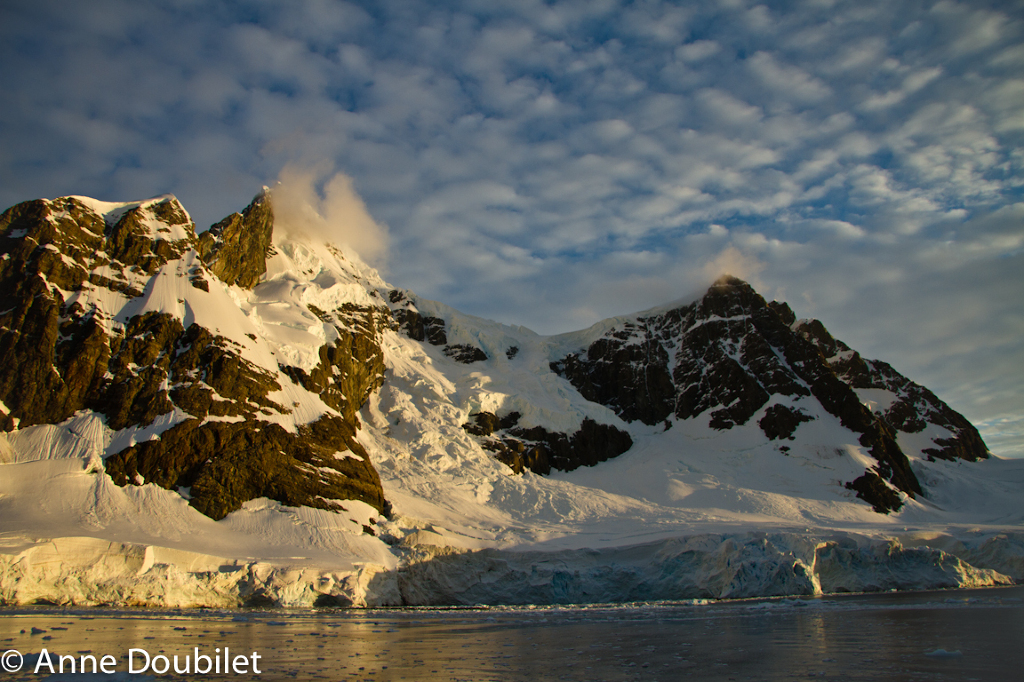 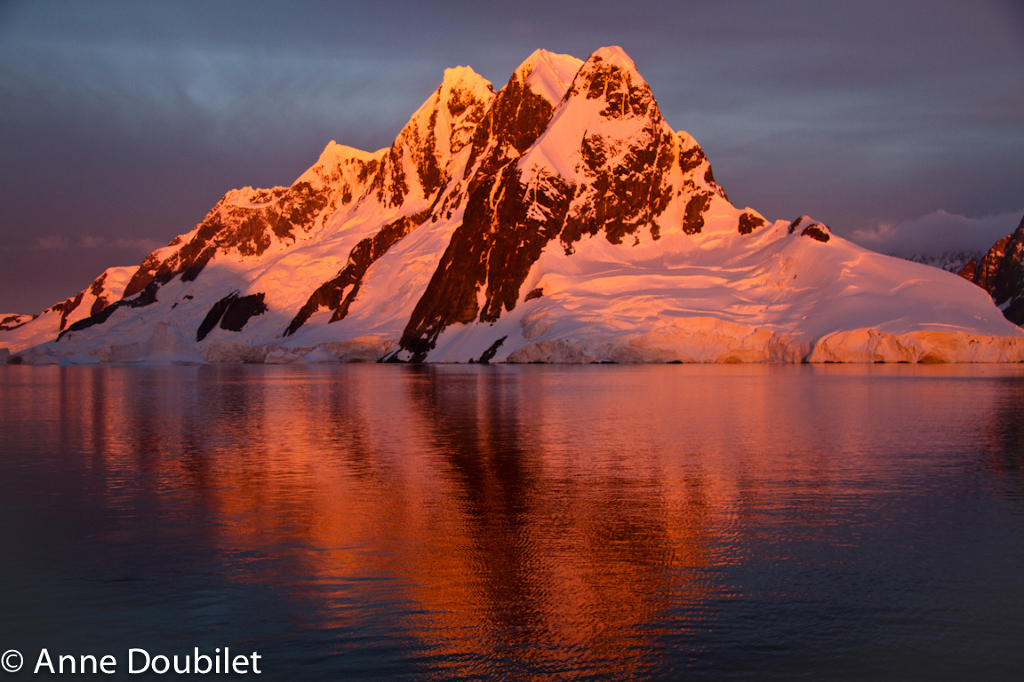 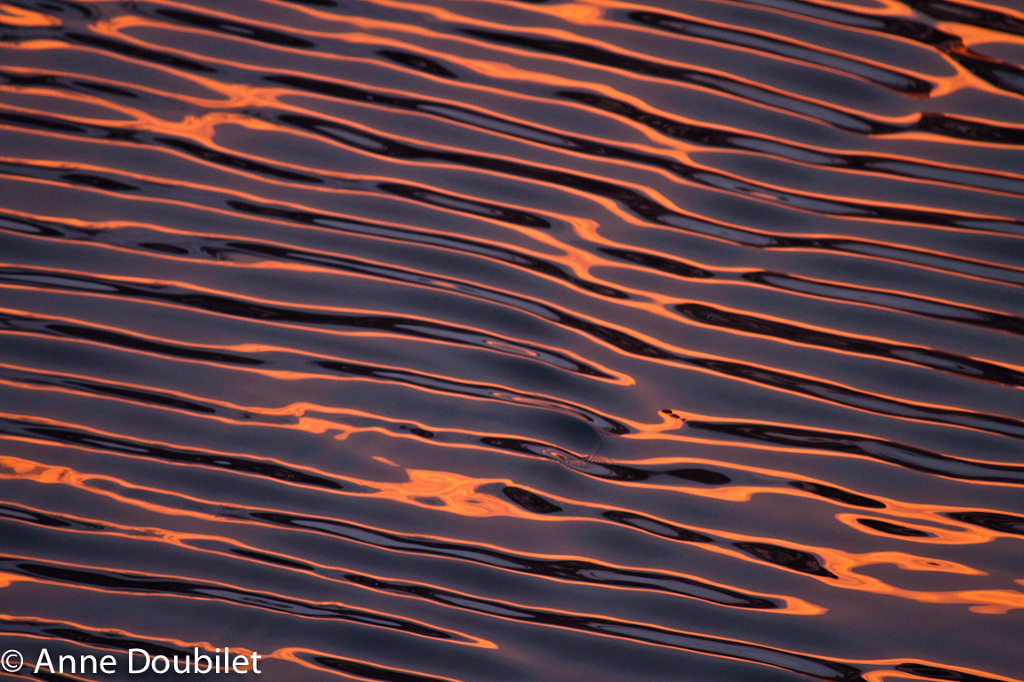 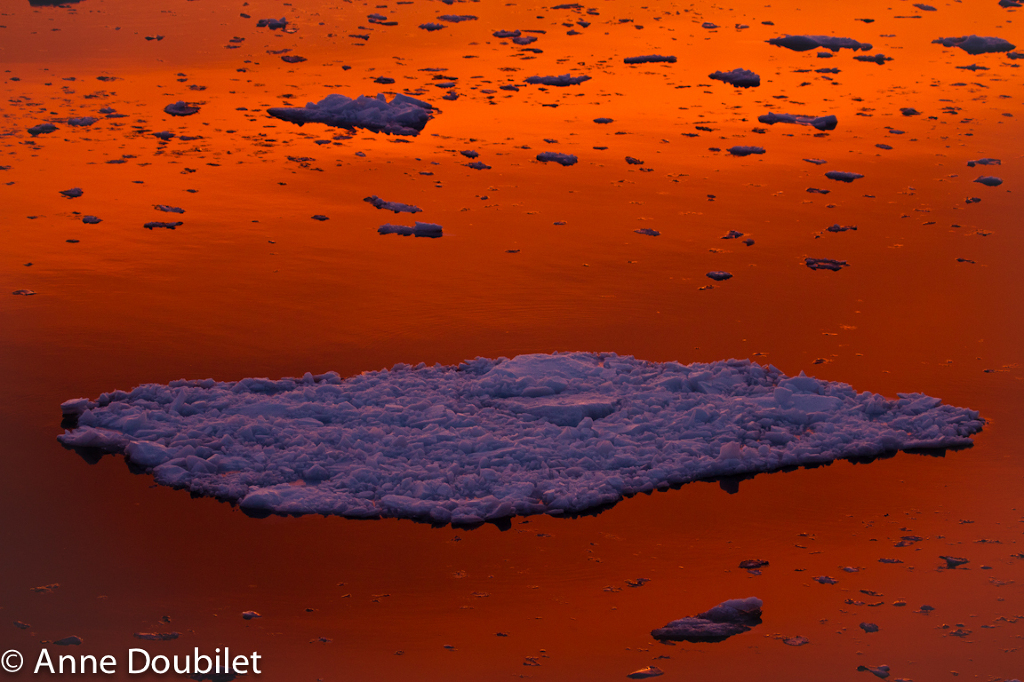 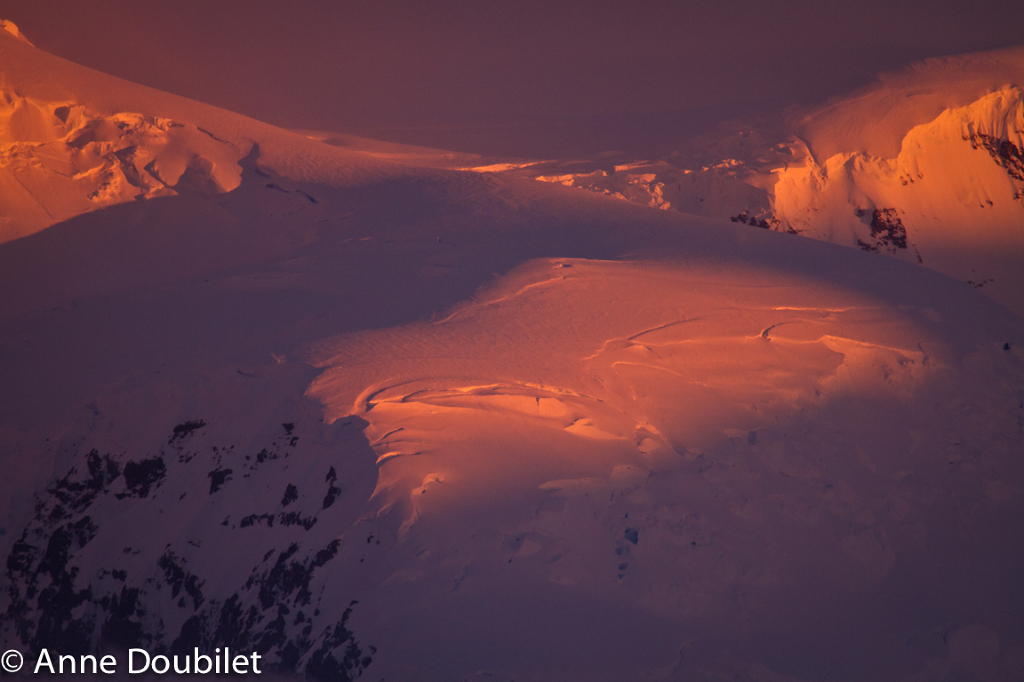 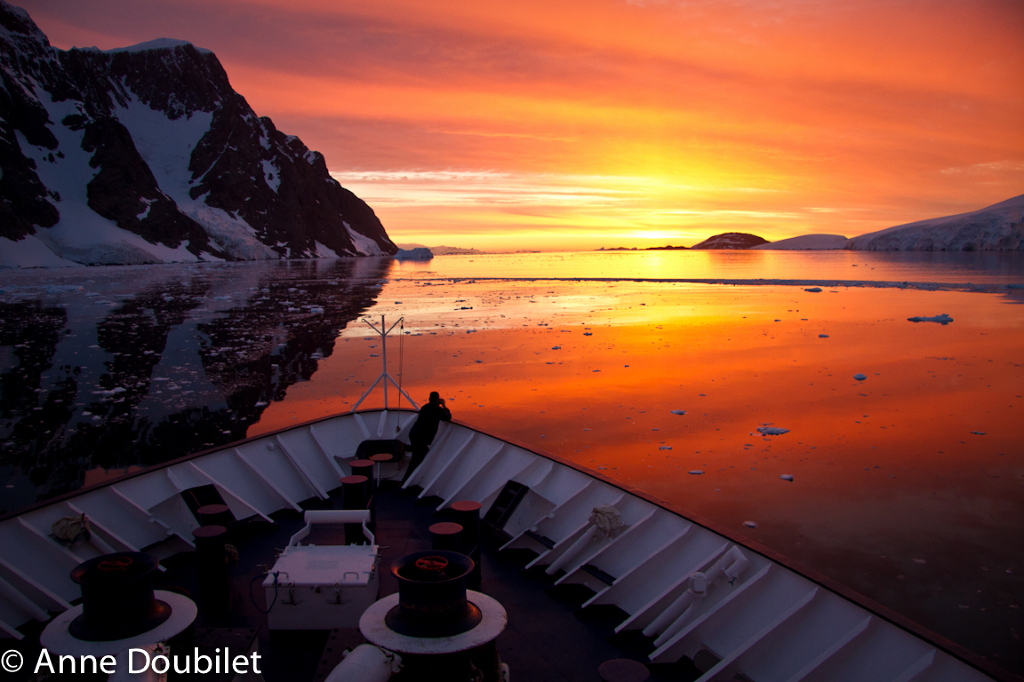 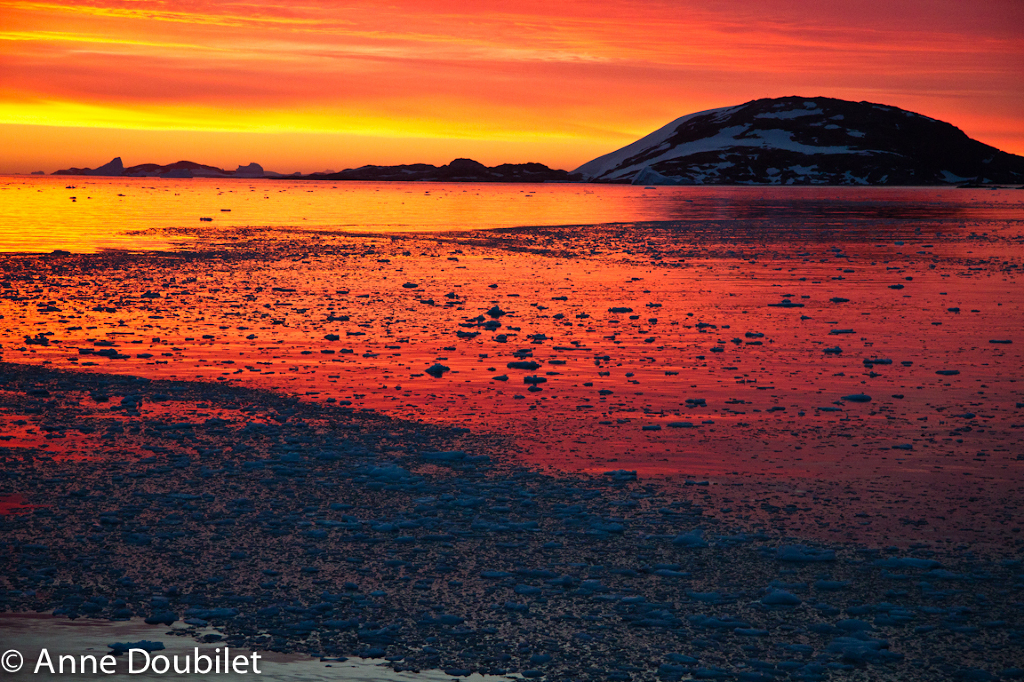 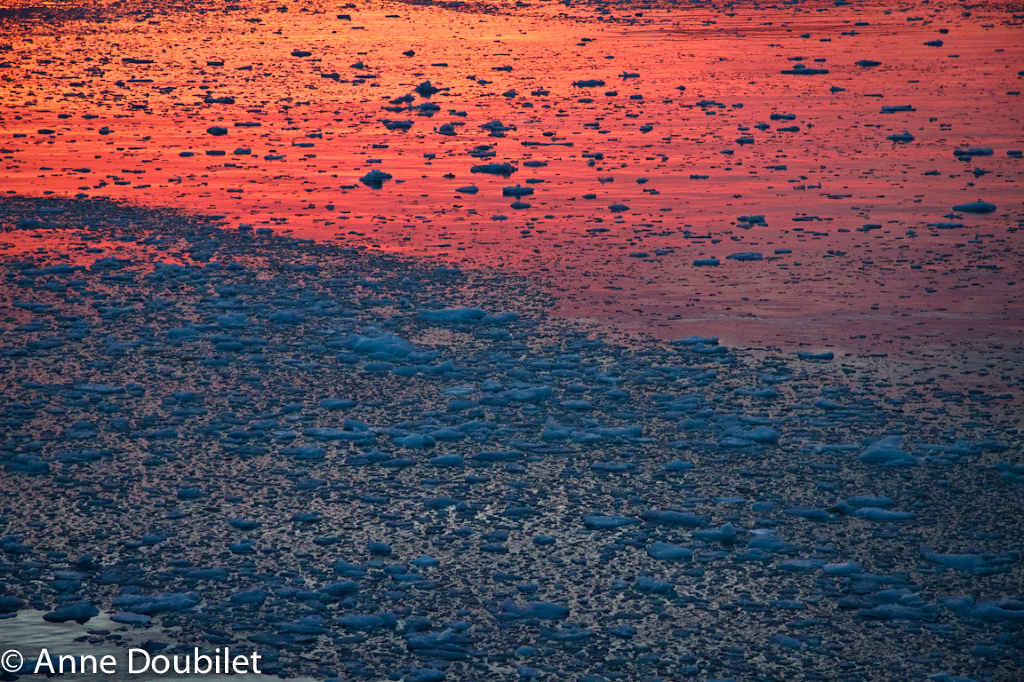 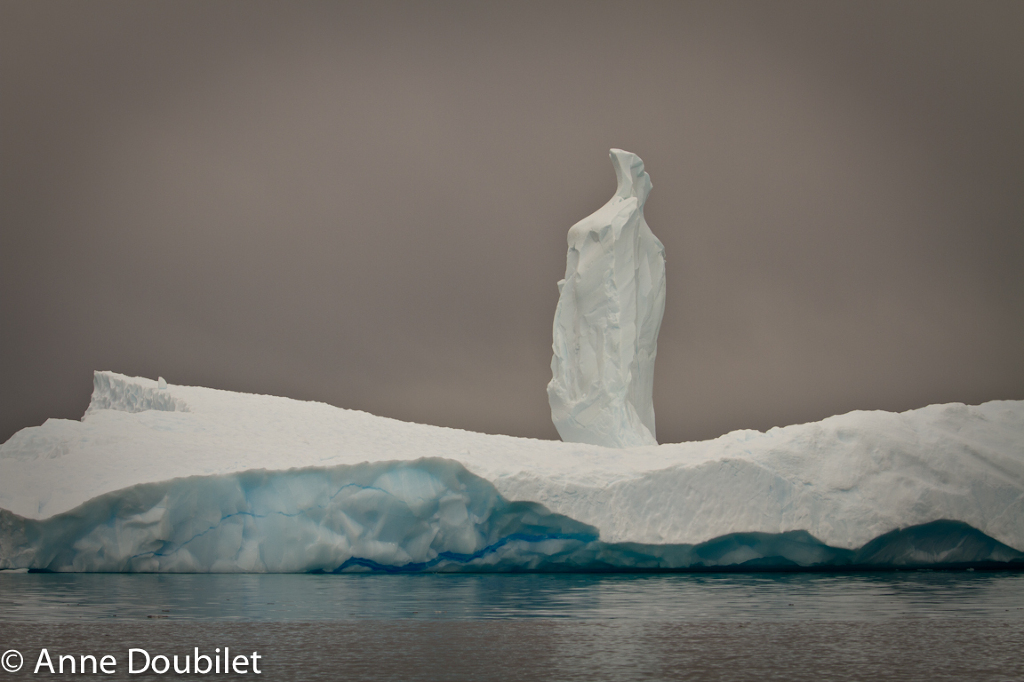 It’s another planet here. A land of supremes: coldest, driest, harshest, remotest. Emerging from a 2-day crossing of the Drake Passage–some of the roughest water in the world where the Atlantic and Pacific funnel down through one narrow passage– is entering the Twilight Zone. To walk around on this earth-end in that white space, clear light, piece of silence, cracking of glaciers, and cacophony of penguins is a privilege.

NOTE: “Anne’s series of sunset photos from Le Maire Channel in Antarctica is so special because during nine years and over a dozen trips there, this is the one and only time I witnessed such a spectacular sunset.” Dr. Rodolfo Werner, Antarctica and Southern Ocean Advisor.