No Ocean No Earth {NONE}®

Previous
No Ocean No Earth {NONE}®

Without healthy oceans we won’t have water to drink, nor food to eat, nor air to breathe. No blue, no green as Dr. Sylvia Earle says, and refers to the ocean as “the blue heart of the planet.” Earth’s surface is 3/4 covered with water–from space it looks like a glowing blue marble.  I’ve been grappling back and forth between my two opposing forces of #HOPEHelpOceanProtectEarth and NONE No Ocean No Earth. Reading all the news these days about climate change AND witnessing firsthand during forty years of SCUBA diving unthinkable underwater changes on coral reefs, it’s hard to stay positive. But isn’t it more productive and constructive to talk about HOPE rather than NONE? I think we now need to consider both equally for a sustainable future. 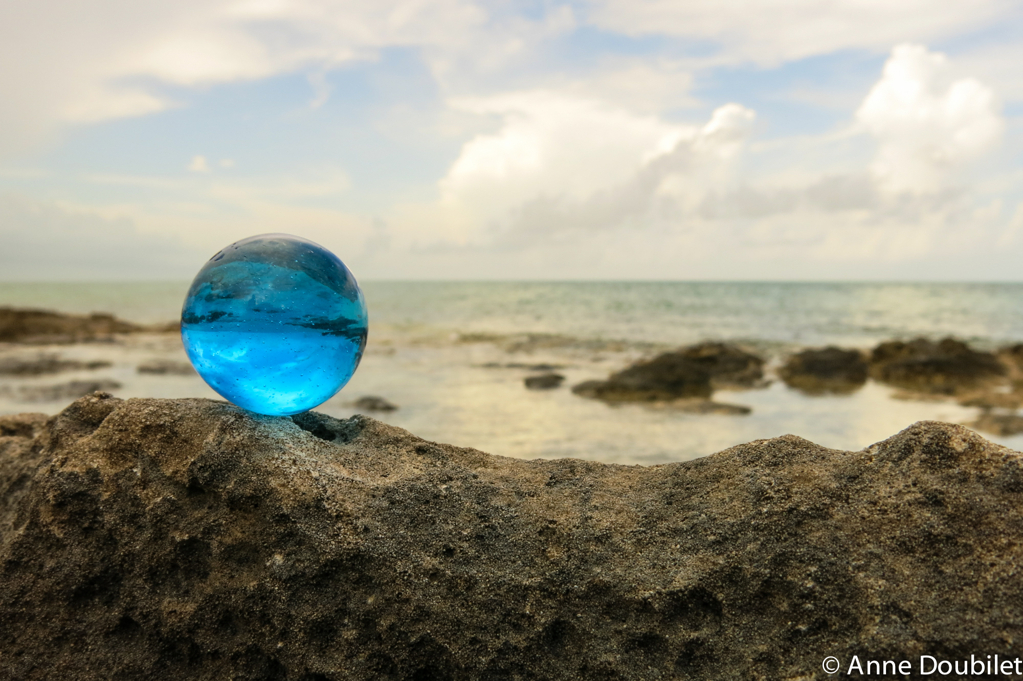 Right now 75% of Caribbean coral reefs are under threat; 50% in the Indo Pacific OR ¾ of all worldwide corals reefs are now threatened. By 2050 without significant reduction in CO2 emissions nearly ALL CORAL REEFS WORLDWIDE will be at risk. Due to increased carbon absorption, ocean acidification will be the most important issue facing marine environments in the future. As carbon increases, oceans get warmer and more acidic, preventing reef building corals from building and producing more moisture and more monster storms like superstorm Sandy and typhoon Haiyan.

In the summer of 2007 I left Papua New Guinea near the bottom of the earth in the Southern Hemisphere & traveled to the Arctic at the top of the world. 2007 was the first time since record keeping started that the NW Passage was free of summer ice. 2010 was the second, 2011 the third and 2012 had the warmest summer on record. The effect of climate change on world economy is profound:  (according to the NYT Sunday 9/15/13) 46 ships sailed across the passage in the summer of 2012—400 are expected to cross in this season of 2013.  A shipping route over the top of the world shaves thousands of miles, days and costs off the traditional southern route through the Suez Canal.

So much on our planet is now so connected in a need for conservation and change. I remember returning from a dive trip to the remote Eastern Fields between Australia’s Cape York Peninsula and Papua New Guinea. Foggy in jetlag I emerged from the subway onto the teeming streets of mid-town New York City and I kept flashing on the thousands of silvery grunts I had just seen streaming across those pristine reefs and laughing to myself because our streaming city streets are connected to those teeming coral reefs on the other side of the world — it’s just that all these people running around here don’t know that yet! We are all teeming and streaming together on Planet Earth. This was an “aha” moment when my world view changed.

On a recent early morning beach walk waves rolled onto the deserted shore in fog and mist. I picked my way through cast -off pieces of civilization– one black rubber boot, a foil juice-box with plastic straw intact, a rubber glove, the black plastic lid of a Folger’s coffee can, broken pieces of white Styrofoam, a cottage cheese container, a deflated balloon, plastic bags everywhere like deflated balloons, and of course aluminum soda and beer cans and plastic water bottles and various personal toiletry items. What are we thinking?

As a child, the ocean stretched out before me in infinite possibility. As an adult I/we now know the ocean is finite and we must stop treating it as a giant garbarge dump. Maybe this is one of many paths away from NONE towards HOPE. I certainly hope so!